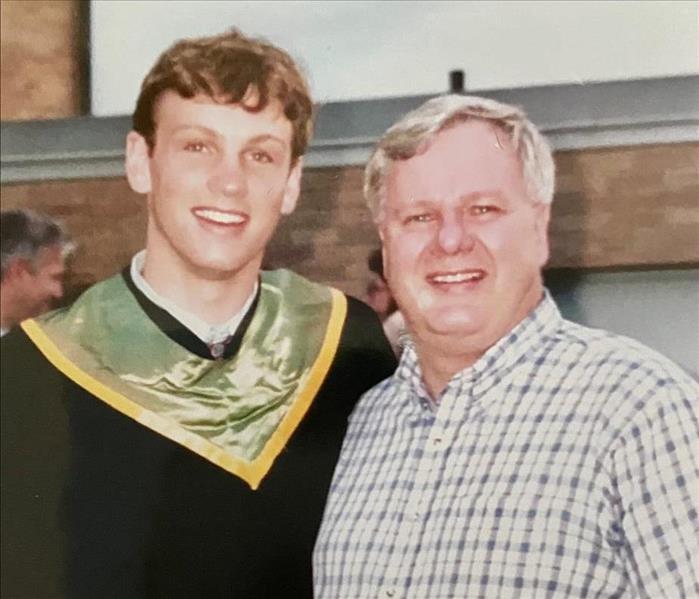 The following article is a small excerpt of our most recent Quarterly Newsletter. If you find this to be an interesting read, please consider signing up.

It was the most heart wrenching moment of my life. Jim, his brothers, their wives, and my mother in law’s eight grandsons circled around her as she said her last and final goodbye to her husband of 48 years. It is a moment that will stick with me for perpetuity. And one that made me understand the wide footprint left behind with a life well lived.

“Carve your name on hearts, not tombstones. A legacy is etched into the minds of others and the stories they share about you.” ~ Shannon L. Alder

The first time I met my father-in-law, I was dating his son for a mere few weeks. We sat down to dinner and he asked me two questions… “What was your college GPA?” and “How much money do you make?”. (Insert that emoji with big, wide surprised eyes here). Yikes! Seventeen years later, I know that was just Dr. Jim Wall’s way. He cared fiercely for his children and did everything in his power to give them the best life possible. Even vetting a few potential girlfriends here and there.

His impact on my husband was immense. And little did Jim Sr. know, his unwavering direction and guidance would go well beyond his son’s life with a rippling effect touching thousands of people he would never have met.

You see, Jim Sr. was an entrepreneur himself. He and his wife, Jane, saw from a very early age their son’s innate ability to lead. They knew a path of entrepreneurship was in his future. The word “encouraged” may be a little too delicate and the word “forced” doesn’t represent my father in law’s intentions fairly. Let’s just say the direction he gave my husband fell somewhere in between these two verbs (and if you ever knew Jim Sr. this would make perfect sense).

He taught his son that “work” and “goals” will never be incongruous. He taught him the fine art of balancing frugality and treating yourself occasionally. He taught him to experience as much of life as you are able (I am going to thank Jim Sr. for his son’s incubator idea and the resulting 5 baby chicks in my house). And he taught his son to always be curious. Asking questions and learning from others every step of the way.

Those were the soft skills. In that grey area between “encouraged” and “forced” was how my husband ended up with a degree in Accounting from a top ranking college, fluent in a second language, and with his dad’s unabating voice in the back of his head guiding him towards the path of entrepreneurship.

It worked. Many, MANY small business ideas were considered from the time Jim was in high school all the way through his early 30’s. In 2009 the timing and opportunity was finally right; we took the plunge as I supported Jim in the dream his dad originated and he had finally realized. We opened our first SERVPRO franchise in Hunt Valley, MD and throughout the next 12 years expanded our geographic reach from Baltimore into both Harrisburg and Pittsburgh, Pennsylvania.

12 franchise licenses, 133 employees, and over 3100 jobs completed in just the last year alone. It’s the latter two statistics that exemplify that “rippling effect” I mentioned earlier. That’s a lot of jobs created, families supported, customers helped, and lives touched because a father believed enough in his son to push him towards a dream.

Don’t ever underestimate the effect you have on those around you. Your words and actions, whether big or small, aggregate into the architecture of the footprint you leave behind in this world. I’d consider myself one of the lucky ones if mine is half as wide as the one my father-in-law built.

His presence is missed every second of every day, but our family - along with our SERVPRO family - is grateful for the legacy Dr. James R. Wall created and the echoing reverberations that will be felt for years to come.