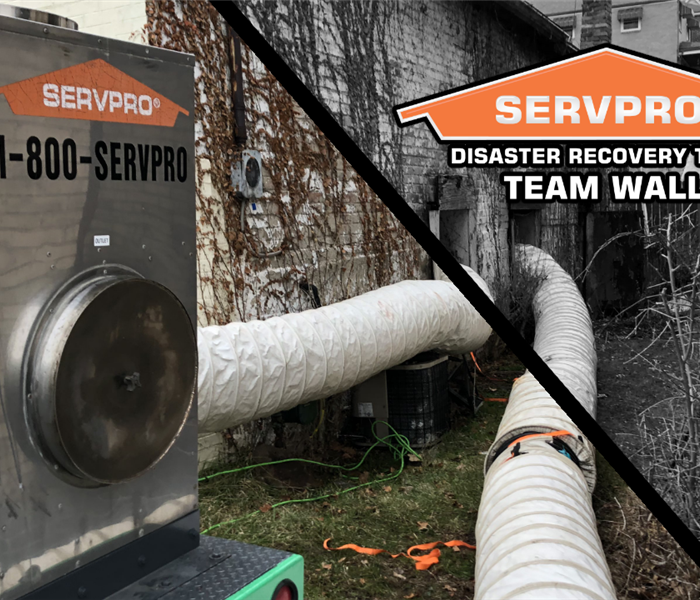 One of our Air Scrubber's in action.

Job of the Quarter - “One Stop Solution Shop”

Baltimore was founded in 1729, 47 years before the Declaration of Independence was signed. In terms of the “new world”, it’s an old city.

In the last 291 years since the city’s founding, major advances in construction, engineering, and innovation have occurred. Unfortunately, Baltimore city’s sewage system has not made the advances necessary to bring it to modern-day standards. An article from www.cleanwateraction.org summarizes it best:

“Baltimore City’s sewage system was designed with dozens of Sanitary Sewer Overflow Structures: intentional release valves that allowed sewage to overflow into streams, rather than streets or people’s basements. Although this was a best practice in the early 1900’s, using streams as open sewer pipes is a significant public health and environmental threat…”

“In 2002, Baltimore City finalized a Consent Decree… outlining how it would end the chronic sewage overflows into local streams that were fouling the Inner Harbor…”

“Between 2002 and 2016, Baltimore City completed half the work that was described in the Consent Decree - but backups of sewage into homes in Baltimore grew from a minor problem to a major hazard” According to an investigation by the Baltimore Sun, in 2004, the Department of Public Works responded to 622 sewage backups and by 2015, that number had hit nearly 5000.

“When we closed those other 60 overflows that actually increased the number of basement backups that we saw in the city. Again, because the sewage has to go somewhere.” ~Department of Public Work’s General Counsel

At SERVPRO of Hunt Valley & Harford County, we see sewage backups quite regularly throughout the city and counties. In early November, we were honored to help multiple homeowners recover from a large sewage backup affecting the basements in all eight of their attached city row homes. We decided to choose this job as our “Job of the Quarter” not only for our expedited response to completion timeline, but also because it is a great example of our full-service capabilities.

The call came into our office early on a Friday afternoon and we had crews onsite within 30 minutes to start extraction of sewage from the row home basements. Because drywall will wick up water as quickly as 1inch per hour and sewage qualifies as a Category 3 water loss (water containing unsanitary agents, harmful bacteria and fungi, causing severe discomfort or sickness), it was necessary to cut drywall and remove insulation to 2’ to allow for proper drying and sanitation. All contents in the basement affected by sewage were removed and disposed of as well. Even including a few appliances. We pride ourselves on being the “one-stop solution shop” for all of our customer’s problems. We were able to handle replacing appliances for those homeowners and continued on to provide even more timely solutions.

Many people don’t realize SERVPRO of Hunt Valley & Harford County not only mitigates your disaster, but we will put it all back together as well. “Like it Never Even Happened”, remember? That’s exactly what we did for the 8 row home basements affected by this mass sewage backup. Our mitigation teams finished up and our rebuild team moved in, We replaced all of the contaminated insulation, installed fresh drywall, and repainted the entire basement. Our team laid new carpet, tile floors, installed new kitchen cabinets, bathroom vanities, and tiled the kitchen backsplashes. New doors and trim work were installed and painted and appliances were put in place. All of this, times 8 homeowners and completed in a matter of 35 days.

Our team members certainly signed up for a dirty, messy, and labor-intensive job. However, the pride they take in making people’s lives come back together quickly and efficiently couldn’t be greater. This is what all of us at Team Wall’s SERVPRO Disaster Recovery Team love to do… we love being your “One Stop Solution Shop”!