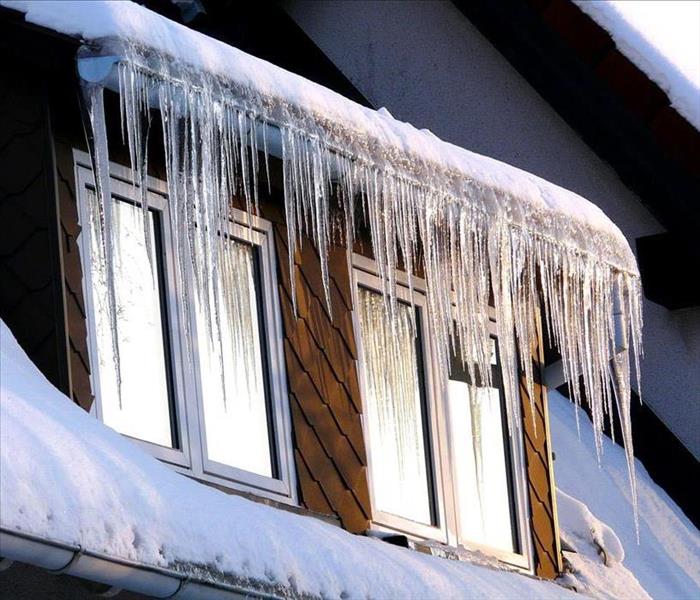 Frozen Rain stuck to a house

With colder temperatures moving in, the Hunt Valley and Harford County areas are beginning to see their first glimpses of snowfall and experience the first freezes of the season. During this time, the chance for freezing rain becomes heightened due to cold ground temperatures. Freezing rain occurs when the atmosphere is too warm to produce snow, so the precipitation falls as rain and freezes into ice upon hitting a freezing surface, such as the ground, roads, or bridges. Freezing rain can be dangerous due to its effects on roadways, sidewalks, and even power lines. For this reason, it is important to understand how to deal with freezing rain and what precautions you can take before a storm producing freezing rain.

Freezing rain is significantly more difficult to deal with than snow or other winter precipitation, as it cannot simply be shoveled. Because the rain forms ice upon hitting the ground, surfaces such as driveways, sidewalks, and roadways can become covered in a layer of ice that is not always easily visible. Icy roadways and surfaces often simply appear to be wet, which can be deceiving, as driving or walking on ice is significantly more dangerous than driving or walking on a wet surface. Another threat that freezing rain poses is the accumulation of freezing rain on power lines and branches. As the rain freezes into ice on the cold surfaces of power lines and tree branches, accumulate large amounts of ice, which weigh down upon them, eventually causing them to break. This can leave homes or businesses without power until power lines are repaired and risk damage due to heavy, falling tree branches.

With these dangers considered, it is beneficial to take precautions prior to a storm that is forecasted to produce freezing rain. Firstly, purchasing salt will be helpful so that you can salt your home or business’ sidewalks and driveways, which will begin working to melt the ice as soon as it hits the ground. Because freezing rain can cause power lines to break, your home or business could lose power for a certain amount of time. The ice produced by the freezing rain can also make it unsafe to leave your home until it has melted. In either of these cases, stocking up on essentials such as batteries, flashlights, toilet paper, bottled water, and blankets will alleviate the need to venture out of the house for those essential items while it is unsafe to go anywhere.